So you’re wondering if and why the spin serve is illegal? Wonder no more! In 2022 the spin serve was controversially deemed illegal as was laid out within the official rules by USA pickleball and IFP. In this post, we’ll take a look at the reasons behind the pickleball serve rules change and what other illegal pickleball serve you should avoid. If you are a beginner we will also explain how to execute a legal service.

Is a Pickleball Spin Serve legal?

No, the spin serve was banned from pickleball in 2022; the question is why? The new rule 4.A.5 applies to spin serves and is as follows:

In 2022, the server shall use only one hand to release the ball to perform the serve. If the ball is visibly spun by the server during the release, the part(s) of the hand contacting the ball must be bare.

As you can see the wording behind this new rule is a bit confusing, to say the least. So what does that mean? Essentially, if you visibly impart spin the ball before contacting your paddle it’s a fault that can be called by the receiving person or receiving team.

Table tennis went through a similar controversy with a pre-serve spin serve being illegal, because of the competitive advantage. Let’s talk about why the rule has changed. 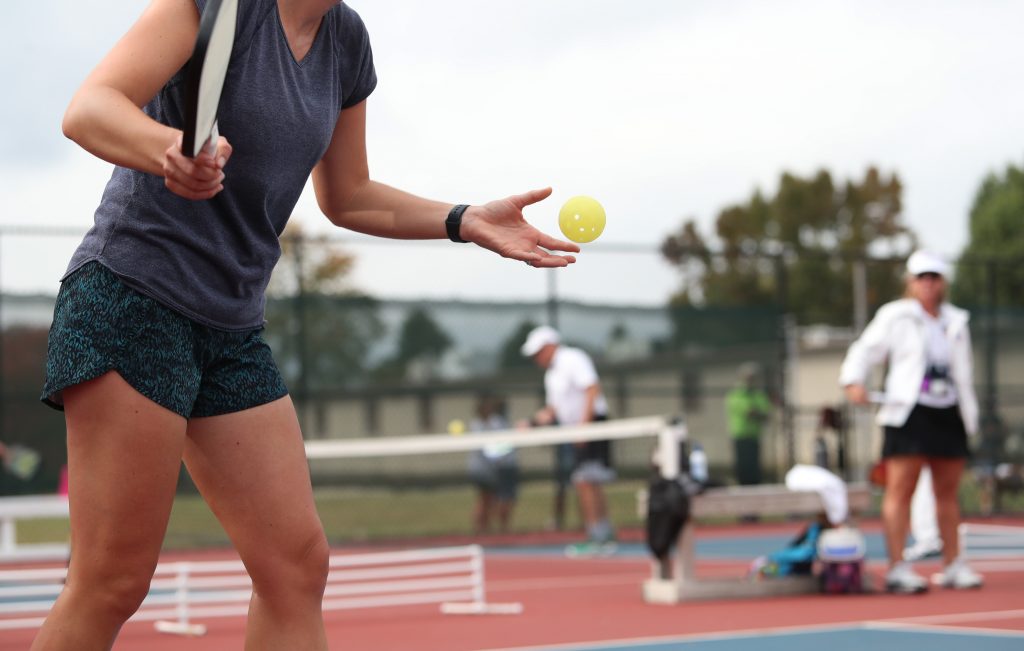 Why Is The Pickleball Spin Serve Illegal?

The pickleball serve is meant to start the game and give both players an equal opportunity. Unfortunately, the spin serve was throwing off this balance as not many players could master it. In fact, those who did had a clear competitive advantage over their opponents.

Not only do they require more court space, but the spin serve is also extremely difficult to return. This is particularly true for lower-level players. That’s why the rules committee decided to make it an illegal serve and eliminate its use in official games.

However, if you do happen to perfect the spin serve technique, don’t worry! It can still be used during friendly matches or practice sessions. It may be advantageous to practice the spin serve to get a feel for imparting spin on the ball. This could better your game, topspin is an important part of any pickleball player’s tool kit. Just remember that in pickleball tournaments and official games, pre-serve spins are no longer allowed.

Why is Top Spin Important?

Have you ever been playing a game of pickleball and noticed the players on the other side of the court consistently getting deep, high bounces off their shots? Chances are they were using top spin. This technique involves hitting the ball upward, causing it to spin on its axis as it travels through the air. Not only does this make the ball bounce deeper and higher on pickleball courts, but it also makes it harder for your opponent to return.

In fact, top spin can be particularly effective on your third shot – known as the “put away” shot – as it often gives your opponent trouble returning it. So next time you step onto the court, try to add spin to your pickleball game, to keep the opposing team on their toes.

Read our review on the 6 best pickleball paddles for spin. 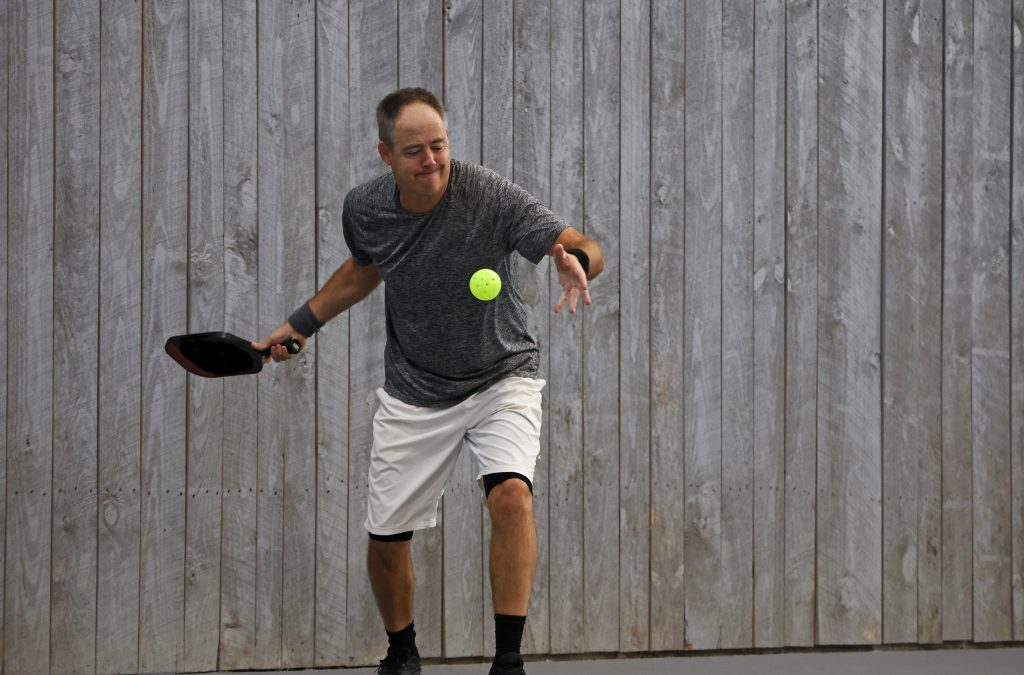 What Are All The Illegal Pickleball Serves?

Now that you know the pickleball spin serve is illegal there are a few more serves to be aware of if you’re new to the game. Here are all the other pickleball serves that are considered Illegal.

The infamous chainsaw serve, where a player rolls the pickleball on the paddle head and then finishes with a fast-spinning ball. While I do enjoy saying “Chainsaw serve” was banned in 2022 due to its potential unfair advantage to the server. While it may have been a flashy serve, it is important for players not to use the chainsaw serve and to stick to the proper serving technique.

The pickleball rule book says that an upward motion, so serving with a sideways motion is an illegal pickleball serve. Despite this rule, it can be tempting to try out different serving techniques to catch your opponent off guard.

The Paddle Head Above The Wrist

It’s important to remember that the paddle handle can be above the wrist, but the rest of the head must be below. This illegal serve, often called a Paddle head above the wrist, can result in a warning or loss of points.

To avoid this mistake, focus on proper serving technique and start with your arm straight down. Only serve by lifting your wrist as you complete your underhand serve. Keeping track of where your paddle position is during service will help you maintain legal form.

Serving Above the Waist (Navel)

Any contact with the ball made above the belly button is not allowed. This rule applies to both forehand and backhand underhand serves. It’s easy to accidentally make illegal contact during a serve, so be sure always to keep an eye on your paddle position. And remember – serving above the waist means an immediate loss of serve!

Unlike a traditional tennis serve, pickleball serves are made with an underhand stroke and upward motion. This creates the distinctive arc of the pickleball serve, and is the only legal way to serve in the game. Trying to hit an overhand shot during a pickleball serve is against the rules and will result in a fault. But don’t worry – pickleball allows players to hit overhand at any other point in the game. This gives you plenty of opportunity to spike some power into your shots.

Taking Longer Than 10 Seconds to Serve

Don’t take too long to serve! Although this rule is pretty forgiving when you’re playing a friendly game. It’s good to know that in a more competitive setting you should serve in a timely manner.

Landing In The Kitchen or Non-Volley Zone

The pickleball rules say your pickleball serve should be aimed at the opponent’s court diagonal to you. It should land past the non-volley zone. Hitting the ball into the kitchen or hitting the kitchen line is a fault, and you will lose the point.

As pickleball players, it’s important that we familiarize ourselves with the official rulebook and follow the rules of the game. One such rule is that the server’s feet must always be behind the baseline of the service court.

How To Serve Pickleball Properly in

Following all the rules will guarantee legal service each time you are on the pickleball courts.

Players have the option to either do a volley serve or a drop serve. The volley serve, however, is the most common and legal pickleball serve. It’s also a great way to start off your game with a powerful serve!

Opposite of the volley serve, the drop shot is dropping the ball and letting it bounce off the court. The drop-serve rules state:

While some players love the drop shot, I find it a little difficult to get the timing right. If you’re a beginner, I wouldn’t use the drop serve until you have practiced it outside of a game setting.

Although the pickleball spin serve is illegal and has been met with some controversy. It is important to remember that the official pickleball rules are always changing and evolving. It is essential to stay up-to-date on these changes so that you can avoid serving illegally.

If you are just learning how to play pickleball, be sure to ask experienced players what serves to avoid. By following these simple tips, you can ensure that your services are legal.